One can never truly know what transpires behind closed doors, especially heavy old entryways like mine. So pour a cup of tea, pull up a stool, and lean in. I’ll tell you my secrets.

Let me take you back to a cold night in January 1935. January 27th to be precise. I remember it well. The night the dead came calling for Millicent Creedy. On this fateful night she sat in a dark, drafty corner of my master bedroom, as she had most nights. She’d become quite oblivious to the beauty of this room, no longer noticing the delicate ivory canopy lace nor the gilded crystal chandelier that graced the room’s center. She knew not the day of the week, what she’d eaten for dinner, nor even her own name. Time, the most savage of enemies, had ravaged her mind.

Before her mental demise, she’d been a most unpleasant woman. Sour as an unripe berry – callous, spiteful, and downright wicked. At her intellectual prime, she’d been as sharp as the barbed wire that had encased her heart. Although, quite a wretched creature when she’d been in her right mind, it was still a pity to see her so muddled. Yet, one might say her decrepitude rounded her sharp edges. By 1935 she occupied her time creaking on that old rocker, whispering, mumbling, and occasionally calling out. Her oh-so-devoted sister, Isabelle, believed Millicent was talking to herself.

But I knew better…

You may think I’m merely wood, plaster, and glass, yet I detect all that happens within my walls. I even see what’s not so easily seen. On this night, I watched Millicent clutch pearls around her slender neck. From the bedroom doorway mist gathered, transforming to a woman in white. The figure floated across the room and stood before Millicent. The woman’s gray loose curls fell to her shoulders. Her face, awash with a peaceful glow. A luminous white light surrounded her. Such a contrast to the dark, dusty corner which had become Millicent’s world.

A single tear fell from Millicent’s eyes. She whispered, “Forgive me.”

The spirit of her mother kneeled before her, while Millicent confessed to having stolen her jewelry, the very pearls around her neck. The same pearls her mother asked to be buried in. Millicent had slipped them off her deceased mother when the undertaker had turned his head. “Oh Mama, I could not see beyond myself in those days. Please don’t hate me.”

As Millicent pleaded forgiveness, her mother drew her hand to her bare neck where the exquisite necklace should have been for all eternity. She then lifted her lips in a wistful smile. She had no need for pearls now. She blew her daughter a tender kiss, then slowly faded away, leaving the scent of roses in her wake.

Isabelle, seemingly thought her sister was descending further into madness. When the winter wind shook my leaded glass, arched 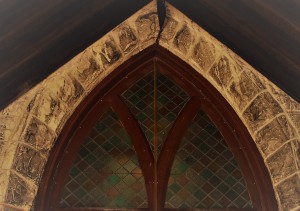 window, Isabelle pulled a shawl from the wardrobe and draped it around her sister’s narrow shoulders. Millicent touched the shawl’s soft fabric – that illustrious garment that had never been hers to covet. A translucent figure, encased in that same glowing white light, appeared before her. Millicent raised her eyes to her former faithful maid, that poor girl Millicent had forced to work sixteen hour days for a pittance and a tiny room that was little more than a cranny. When Millicent caught the famished lass stealing a morsel of bread, she threw her out into the cold night without her shawl. The very shawl that now enveloped the old miser.

Millicent hid her face in her hands at the sight of the girl’s spirit. She hadn’t known the cold had killed her. The truth is she probably would not have cared. The specter knelt before her. Millicent pleaded forgiveness for being so heartless. “I’m so sorry my dear girl. I was so stingy in those days. So fearful of losing what I had.”

The girl nodded in absolution, touched Millicent’s hand, and disappeared, leaving behind the sweet scent of jasmine.

Isabelle looked on woefully, believing her sister to have delved further into delirium. Millicent motioned for Isabelle to bring her the gold pocket watch that sat atop my mantel. Isabelle shook her head vigorously. She never wanted to touch that timepiece again, but her sister pointed with insistence. Isabelle picked it up as if it had grown fangs and threatened to chomp her hand. Holding the pocket watch at arm’s length by the golden chain, like a snake from the garden, she brought it to her sister.

Millicent ran her fingers down the smooth glass surface, tracing the Roman numerals and the gold etching on the back. I remembered the day Millicent had acquired that timepiece. My windows shuddered at the recollection. Neither Millicent nor Isabelle seemed to notice, lost in their own haunted memories.

Mr. Rutherford, a kindly gentleman, had lived next door to the sisters several years ago. While Millicent’s other neighbors avoided her like tuberculosis, Mr. Rutherford accepted her frequent invitations for tea. He even brought her a single lilac from his backyard bush each spring. I knew he was just being kind, but Millicent thought he had more amorous intentions. He was a widower and Millicent had become fond of him. As an unmarried woman of a certain age, she was what they called ‘on the shelf’. A most dreadful title. A woman in those days was better married to a brute than to be unwed into old age. Millicent delighted in Mr. Rutherford’s company and fancied a marriage proposal.

But it was not to be.

One sunny day he’d come calling with the most delightful news. Delightful for him. He was to marry a woman he’d met at the library. A lass thirty years his junior. Millicent had painted on a stiff smile and wished him a happy life with his bride-to-be. She’d then scurried to the kitchen and added an extra ingredient to Mr. Rutherford’s afternoon tea. After a few sips, he’d clutched his throat then crashed onto my polished wooden floor. The sisters dragged his lifeless body to my cellar and took turns digging, transforming me into a reluctant graveyard. The rats that pattered across my dirt floor were careful to avoid that single rotten patch of earth.

In the years since his murder, I’d witnessed Mr. Rutherford stalking my halls. Stalking Millicent. A restless phantom with a revengeful mind. Several times he’d attempted to push her from the top of the staircase but had not the strength. As he stood before his murderess, he looked quite solid and not the least bit ghostly, appearing as hearty as a young man. But, unlike the other two beaming spirits, his aura was dark and heavy as my woodwork. I constricted my walls, fearing what he had planned for the old girl.

“Oh, Mr. Rutherford. How can you ever forgive me for my wickedness?”

I braced for his wrath. I knew he’d been waiting for this day.

She looked up to him, her cloudy eyes brimming with remorse. “I was so bitter in those days. So jealous, so broken. My very existence, a sickness from which I could not escape.”

He raised his arm. I waited for his hand to strike her flesh, but instead, he caressed her aged cheek, looking upon her as if for the first time. Now that Millicent’s mind and all its trappings were gone, I supposed he could truly see her as she was. That soul far beneath what she had become in this life. In that rocking chair tucked into her dark corner of the world, she appeared as a child, not so innocent, but so impossibly human with all the failings that makes one so.

Millicent cupped his hand upon her cheek. That bright white light surrounded Mr. Rutherford. Deep in my cellar, the rats scurried upon that path of dirt, sensing the ground was no longer tainted. The gentleman’s bones remained, but he would not. A tear dropped from Millicent’s eye, as he forgave her. She set the timepiece on the table beside her, removed the pearls from her neck, and the shawl from her shoulders. She leaned back in the rocking chair, closed her eyes, and took her very last breath.

Millicent’s spirit rose from her body. He took her by the hand and led her into the light, filling my room with the scent of lilacs. On that 27th day of January in the year of 1935, both souls had finally become free.

Until next time, my dear, fare thee well… 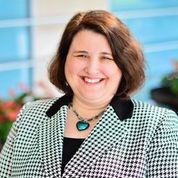